Linux Distributions February 6th, 2006.
Printable Version
One of the great features about Linux is that it is released by many different companies/groups of people. These different releases are known as “Distributions” and they will vary from company to company. Some of the differences you will find are installlation methods, bundled software/desktops, technical support & hardware support.

One of the most common questions we see is “Which distribution should I use?” The answer to that really depends on what you are looking to use Linux for. The purpose of this page isn’t to point you to one distribution over another, but to give you an idea of which distribution will suit your needs and give you the least amount of problems.

A great start would be to visit the website of the particular Linux Distribution you are interested in. Below is a list of the more popular distributions and a little information about them. Where possible, we’ve also included links to their ISO Images.

If you don’t see your favorite distribution listed please contact us and we’ll definitely get it added!

Arch Linux Arch Linux
Arch Linux is an i686-optimized linux distribution. It is lightweight and contains the latest stable versions of software. Packages are in .tar.gz format and are tracked by a package manager that is designed to allow easy package upgrades. Arch is quite streamlined compared to some other distributions. Things that are relatively unused are not kept (info-pages, for example). A default Arch install leaves you with a solid base; from there, you can add packages to create the custom installation you’re looking for. Arch has a package build system that allows you to easily create your own packages, which makes it very easy to rebuild a package with your own custom configuration. Arch also aims to use the newer features available to linux users, such as reiserfs/ext3 and devfs. (Source: Distrowatch)
ISO Images

CentOS CentOS
CentOS 2 and 3 are a 100% compatible rebuild of the RHEL 2 and 3 versions, in full compliance with RedHat’s redistribution requirements. It is for people who need an enterprise class OS without the cost of certification and support. (Source: )
ISO Images

Debian GNU/Linux Debian GNU/Linux
Known to be a secure and stable Linux distribution, Debian GNU/Linux is among the favorites of experienced users. Debian, powered by roughly 500 developers around the world who volunteer their spare time to help develop and maintain the Debian GNU/Linux Distribution. Their latest stable release will run on the Intel x86, Alpha, SPARC and Motorola 680×0 platforms. (Source: )
ISO Images

Fedora Project Fedora Project
The goal of The Fedora Project is to work with the Linux community to build a complete, general purpose operating system exclusively from open source software. Development will be done in a public forum. The project will produce time-based releases of Fedora Core about 2-3 times a year, with a public release schedule. The Red Hat engineering team will continue to participate in building Fedora Core and will invite and encourage more outside participation than in past releases. By using this more open process, we hope to provide an operating system more in line with the ideals of free software and more appealing to the open source community. (Source: )
ISO Images

Knoppixx Knoppixx
KNOPPIX is a bootable CD with a collection of GNU/Linux software, automatic hardware detection, and support for many graphics cards, sound cards, SCSI and USB devices and other peripherals. KNOPPIX can be used as a Linux demo, educational CD, rescue system, or adapted and used as a platform for commercial software product demos. It is not necessary to install anything on a hard disk. Due to on-the-fly decompression, the CD can have up to 2 GB of executable software installed on it. (Source: Distrowatch)
ISO Images

Libranet GNU/Linux Libranet GNU/Linux
The Libranet Linux Desktop is a production of Libra Computer Systems Ltd. Libra has been providing UNIX systems and software development since 1984. We are located in the Vancouver area of British Columbia, Canada. We chose Debian as the base of Libranet. Debian GNU/Linux is solid and true to the spirit of GNU/Linux. We are a small team who see the future in GNU/Linux. We believe that Libranet is not only a solid replacement for Microsoft Windows, but surpasses it in almost all aspects. As GNU/Linux evolves and more and more hardware becomes supported, we find no need to run anything else. Libranet runs in our own office on both desktops and servers and fulfills all our business and personal computing needs. Our goal is to continue to produce a system to be proud of.” (Source: Distrowatch)
ISO Images

LindowsOS LindowsOS
“LindowsOS has the unique ability to run Linux® software titles as well as many popular Microsoft® Windows® software titles, such as Microsoft Word, Excel and PowerPoint, giving computer owners and organizations of all sizes new options on the desktop.” (Source: )
ISO Images

Lycoris Desktop/LX Lycoris Desktop/LX
Lycoris is located in Redmond, Washington. The corporation was started in the year 2000 with a vision of making Linux easy enough for anyone to use. Lycoris has enjoyed amazingly positive press coverage and has rocketed into the spotlight as the company that builds Desktop/LX, a simplified Linux desktop. Lycoris is currently seeking funding from angel investors and positioning itself as the leading provider of Linux specifically targeted for the desktop market. (Source: Distrowatch)
ISO Images

Mandrake Linux Mandrake Linux
Mandrake Linux was created in 1998 with the goal of making Linux easier to use for everyone. At that time, Linux was already well-known as a powerful and stable operating system that demanded strong technical knowledge and extensive use of the “command line”; MandrakeSoft saw this as an opportunity to integrate the best graphical desktop environments and contribute its own graphical configuration utilities and quickly became famous for setting the standard in ease-of-use and functionality.” All the packages in Mandrake Linux are compiled for 586’s or higher so it will not work with your old 386/486 processor. (Source: )
ISO Images

Slackware Linux Slackware Linux
“Slackware Linux is a complete 32-bit multitasking “UNIX-like” system. It’s currently based around the 2.4 Linux kernel series and the GNU C Library version 2.2.5 (libc6). It contains an easy to use installation program, extensive online documentation, and a menu-driven package system. A full installation gives you the X Windows System, C/C++ development environments, Perl, networking utilities, a mail server, a news server, a web server, an ftp server, the GNU Image Manipulation Program, Netscape Communicator, plus many more programs. And Slackware Linux can run on 386 systems all the way up to the latest x86 machines.” (Source: )
ISO Images

Sourcerer Sourcerer
Sorcerer is a source based Linux distribution. Sources are downloaded directly from software authors’ homepages and mirrors. Then, they are compiled with the architecture and optimizations that the system administrator specifies. Finally, it is installed, tracked, and archived for easy removal and upgrades. SGL is a distribution for advanced systems administration with both command line and menu driven package mangement programs. (Source: )
ISO Images

SuSE Linux SuSE Linux
“SuSE Linux contains substantial improvements and new features, many of which are the result of the feedback sent by our customers. The new YaST excels both in the graphical environment as well as on the command line. Improved hardware detection, the latest SuSE kernel, tested versions of important system components, the automated installation of external software, and the YaST Online Update YOU enable you to keep your system up to date. Other new features include the boot manager GRUB and CUPS as the default print system.” (Source: )
ISO Images

Turbolinux Turbolinux
“Turbolinux is the leading supplier of the Linux operating system in Asia Pacific. Our product portfolio includes multiplatform clustering and distributed computing software to bring high-availability and high throughput to the enterprise. Turbolinux is part of UnitedLinux, a global, uniform distribution of Linux designed for businesses and supported by a majority of enterprise system and software vendors.” (Source: )
ISO Images

Xandros Desktop OS Xandros Desktop OS
Xandros is creating a desktop solution that will combine the best of open source technologies with a corporate attention to completeness, usability, and support. It is based on v3.0 of the award-winning Corel LINUX OS and represents the next step in the evolution of the desktop. Furthermore, Xandros will be unveiling server and enterprise management solutions in 2002. Based in Ottawa, the Xandros team includes the world-renowned developers and architects of the award-winning Corel LINUX OS. The first release of Xandros’ desktop will come in early 2002. Xandros is inheriting a sizeable user base from Corel LINUX OS from which it plans on significantly expanding its market presence. Xandros is currently developing its direct and indirect distribution channels for corporate, government, home, and educational users worldwide. In the coming months leading up to its first release, Xandros is establishing a world-class technical support team. Xandros is also developing an extensive professional services presence to enhance its capabilities to support relationships with larger clients and partners. (Source: Distrowatch)
ISO Images

Yellow Dog Linux Yellow Dog Linux
Simple to install, familiar to use, Yellow Dog Linux is an operating system that offers the best of Linux for PowerPC. For those of you new to Linux and for geeks alike, Yellow Dog Linux includes a wide-variety of applications and utilties, elegant graphical environments, server applications, and hard-core programming tools – over 900 in all. Featured software includes: a graphical installer, KDE, the Microsoft Office replacement ‘Open Office’, AbiWord, Mac-On-Linux, dial-up configurator, a full featured suite of control panels, and 4 web browsers (to name a minimal few). (Source: Distrowatch)
ISO Images

YOPER YOPER
YOPER is a fairly new distribution on the scene that is stiring up quite a reaction from all over the community, some people love it, some people hate it. High performance operating system (optimized for i686 and higher). Not a general purpose distribution, but a compact OS with ability to use packages from all other major distros (rpm, deb, tgz support). The binaries we distribute are built from scratch using original sources. Uses the best features from other operating systems. (Source: Distrowatch)
ISO Images 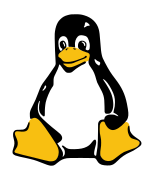 Each of the setups

Each of the setups will ask you different questions about your systems hardware etc. It’s very important to configure everything as close as possible to your settings. If you don’t, you could have problems getting X to run. Once all that is done, try out X by typing startx. If all goes well you should see some color pattern or perhaps a small toolbar. If something goes wrong don’t worry, you will see a bunch of error messages.

It is probably due to errors made while setting up xf86config. You can try to play with the config file and see if you can make it work, or copy down the error message and come visit us on #LinuxGroup.